Yesterday, I spent the day in the Gifford Pinchot National Forest learning about fungi.

For months I've been mildly obsessed with fungi. The stack of fungi-related books that I have read or plan on reading has been growing steadily, as has the gallery of my weird mushroom discoveries. Whenever I can convince them to come with me, I drag my family along for long, meandering walks through our neighborhood in search of novel caps erupting from the earth. The daunting variety and mystery surrounding fungi make them endlessly fascinating to me.

To help expedite my education, and to give me a group of folks who wouldn't roll their eyes at me walking around with my head down, Kristen signed me up for a foraging class with the WildCraft Studio School. The class promised helpful tips for identifying common mushrooms, and a much-needed break from civilization amongst the forest. The weather wouldn't be great, but the opportunity was well worth it in my mind.

I set out at 8 am to meet the rest of the class at the Mount Adams Ranger Station near the Gifford Pinchot National Forest in southern Washington. The 2-hour drive, most of which followed the Columbia River, was breathtaking. During the trip, I listened to Ezra Klein interview Richard Powers, the author of The Overstory, which paired nicely with the intense natural beauty of the river and surrounding forest. 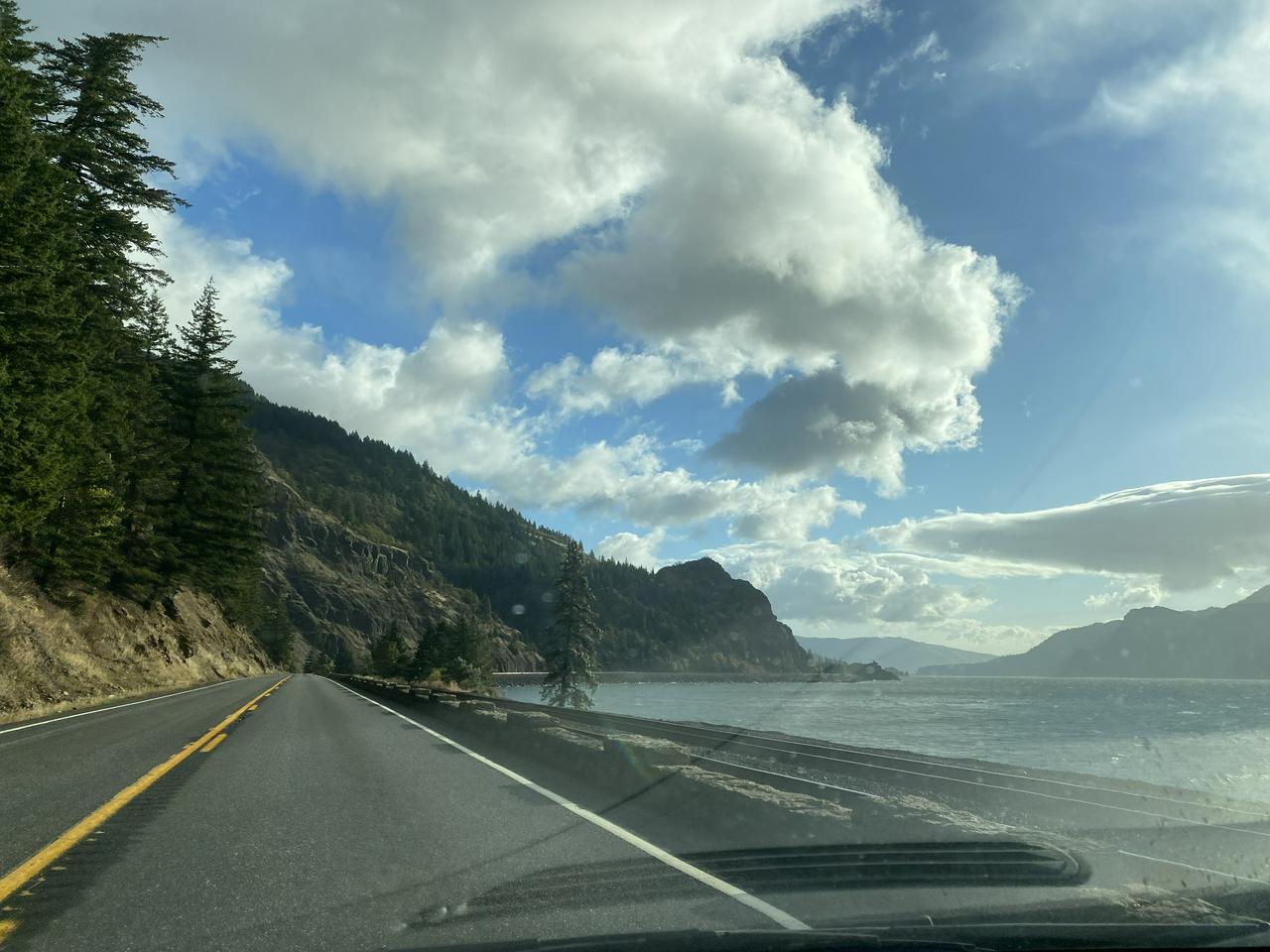 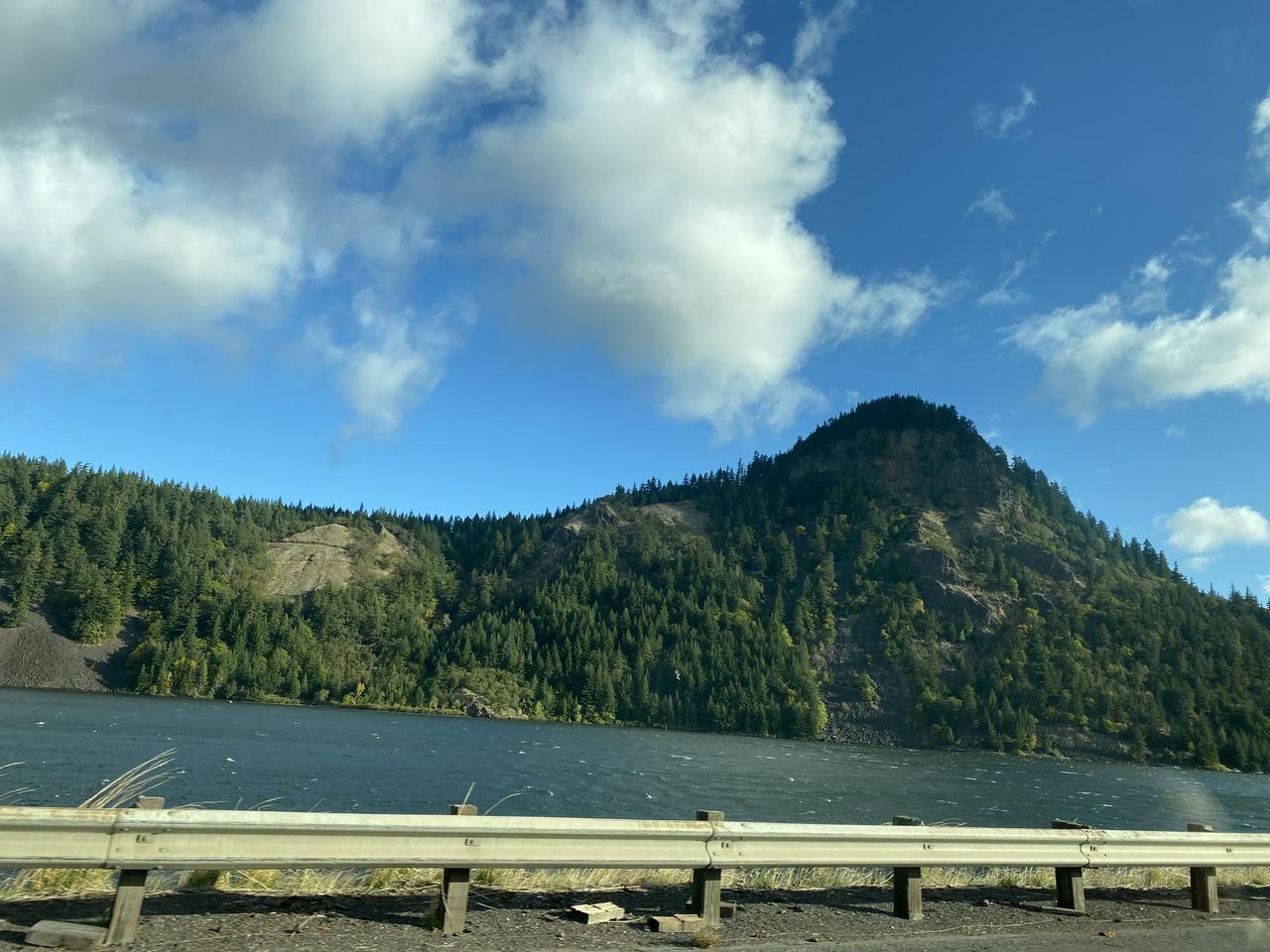 From the ranger station, we set out on a rough dirt road and arrived about 30 minutes later at our first location 4,000 feet above sea level. It was snowing. We left the road to the south and immediately entered a gently sloped area with minimal undergrowth. The soil was pungent and springy, and under the canopy, the snow had turned to steady rainfall. 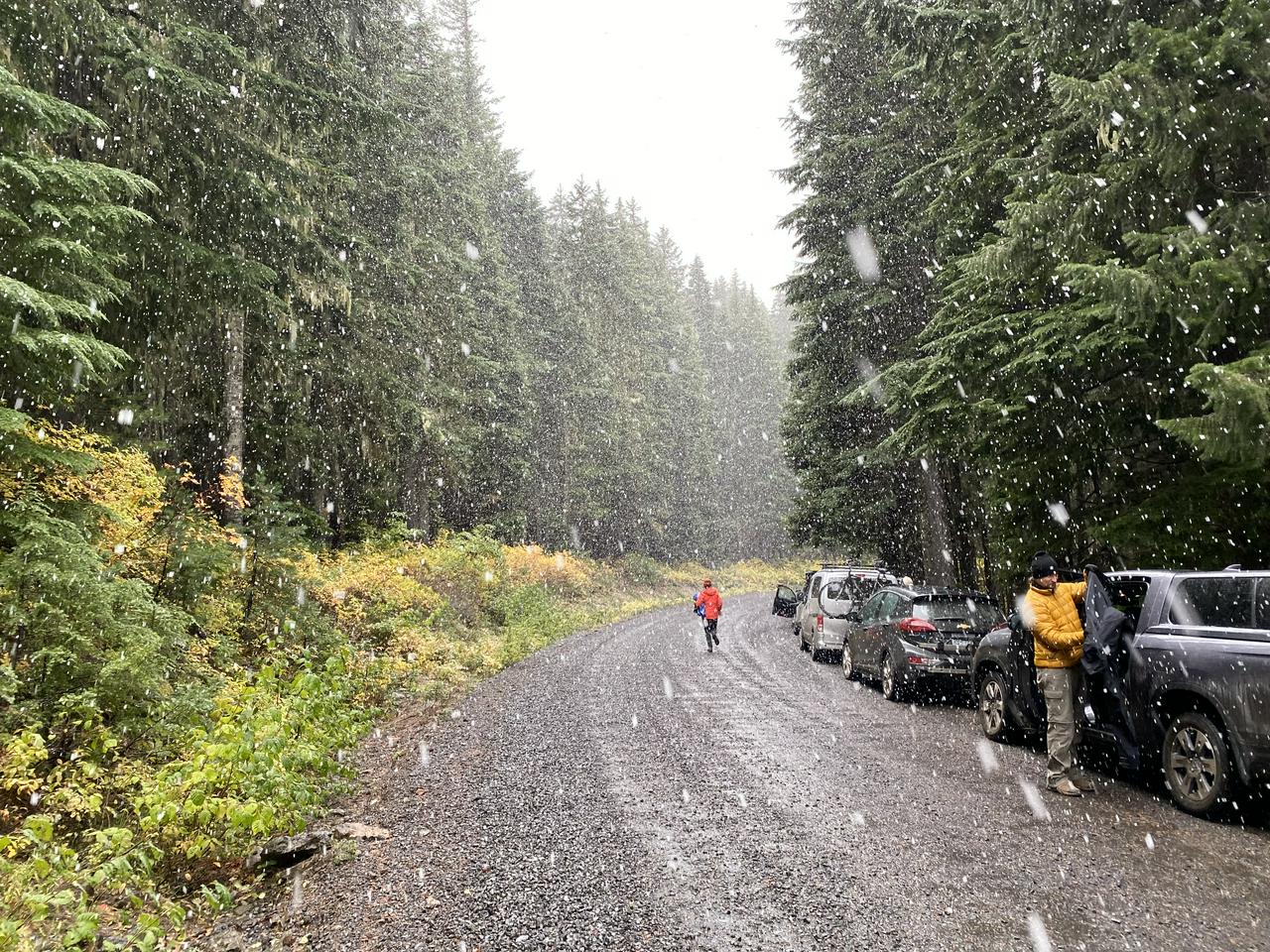 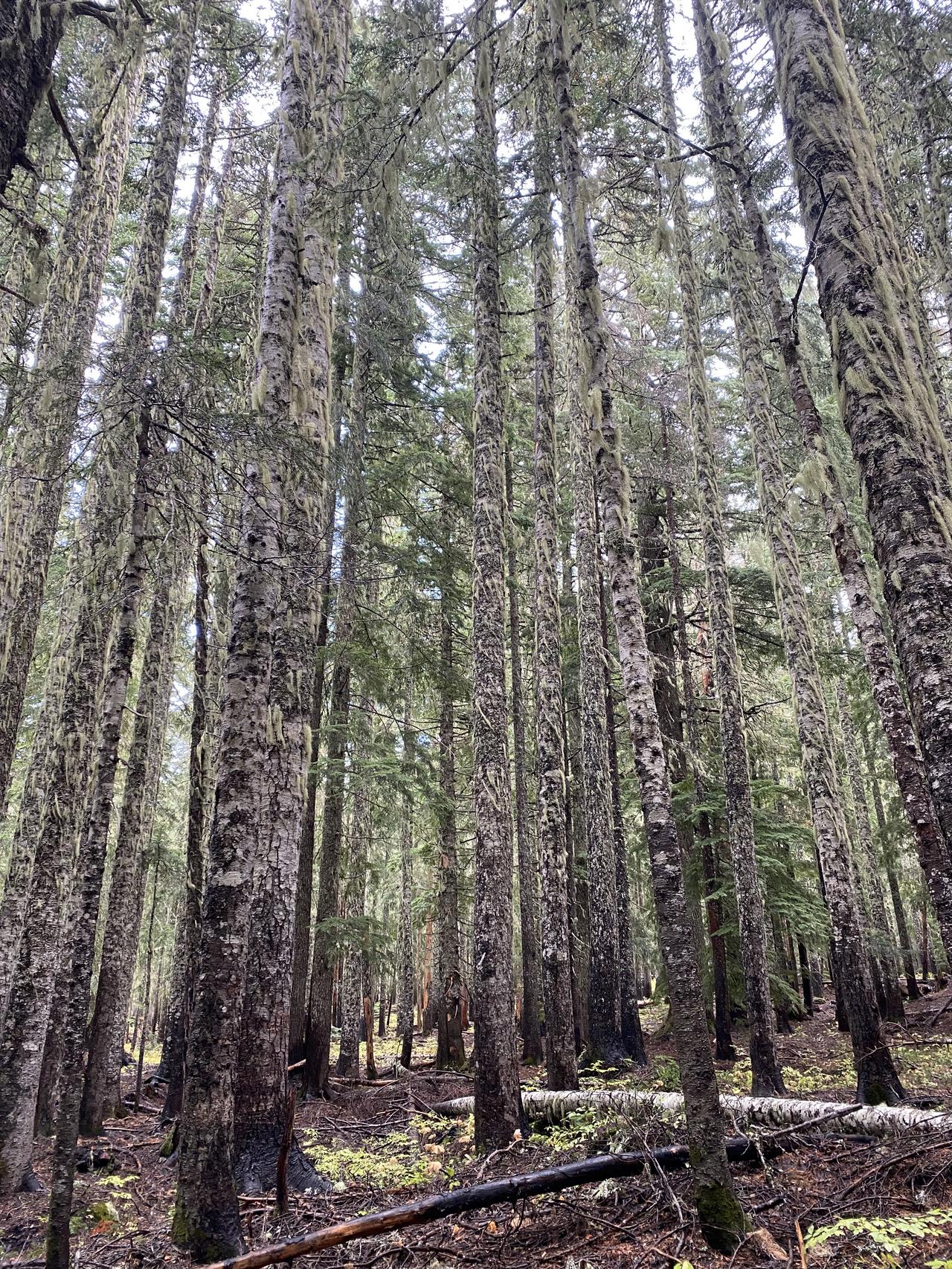 Fungi defy understanding. They're more closely related to animals than plants. They can be parasitic, symbiotic, or both. They're a critical contributor to the Wood Wide Web, and the largest known fungal colony spans nearly 2,200 acres. Our first task for the day was to pick anything we could find, and I found more variety in the first 20 minutes of searching there than I have ever found anywhere else. 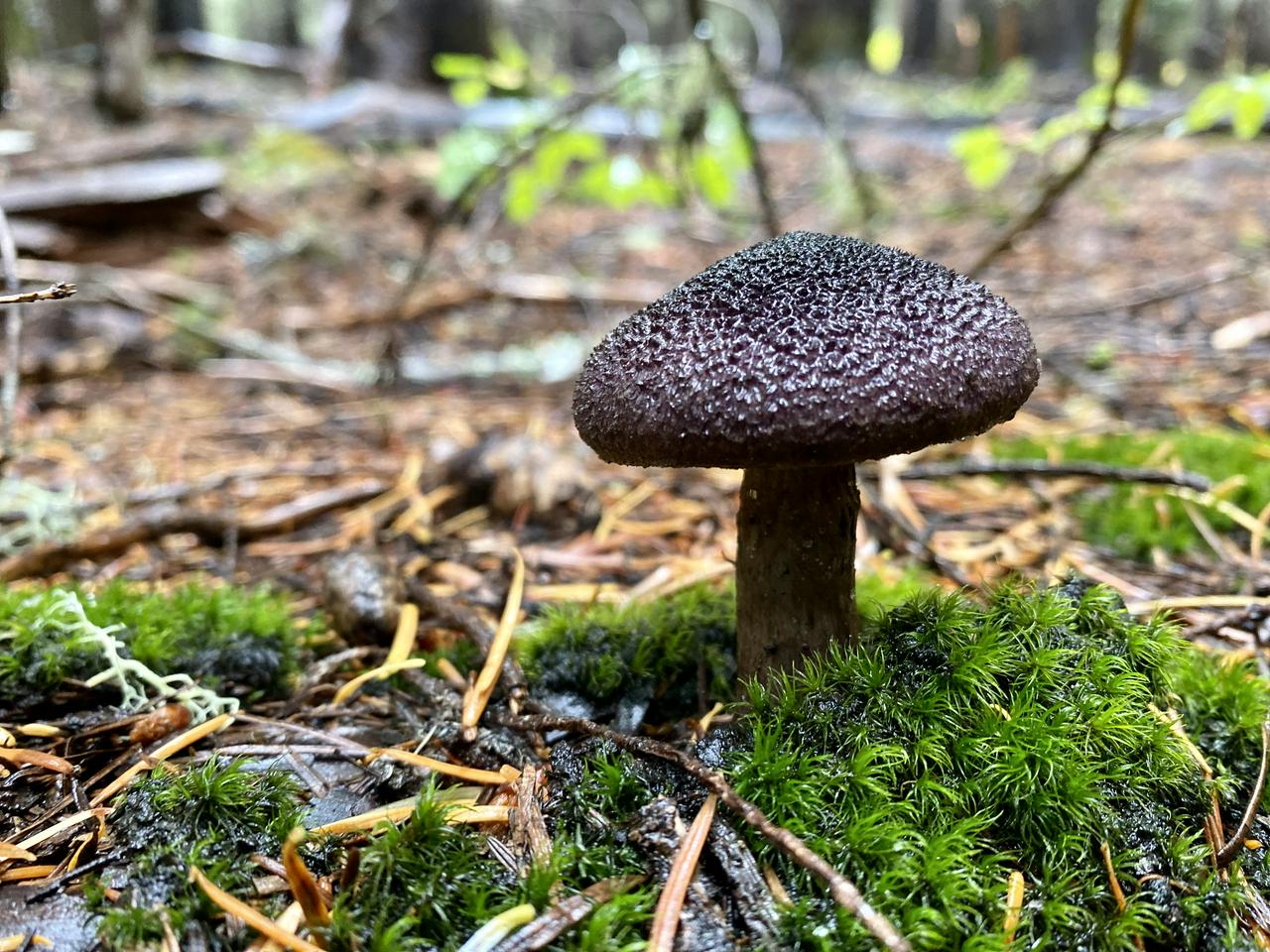 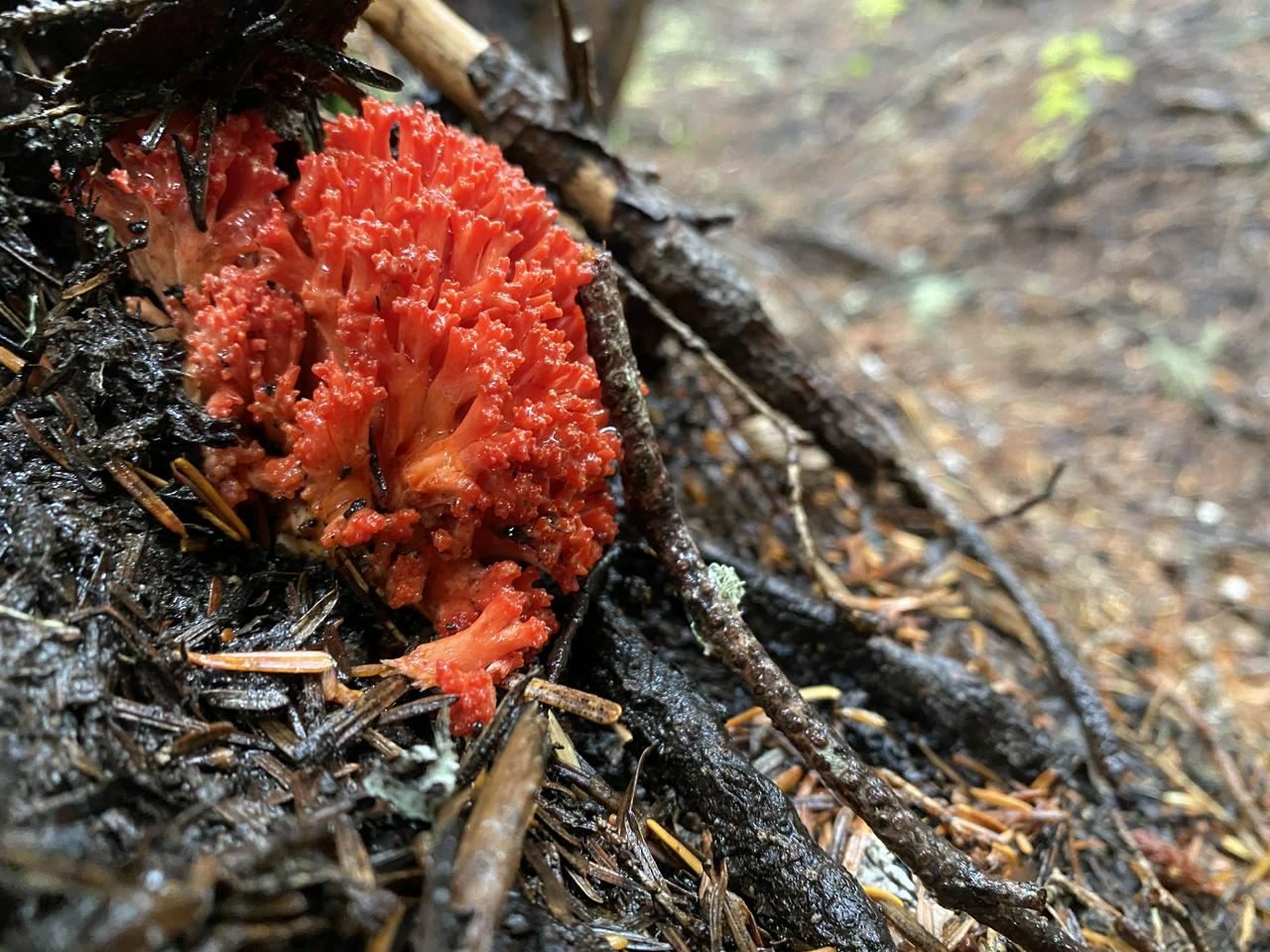 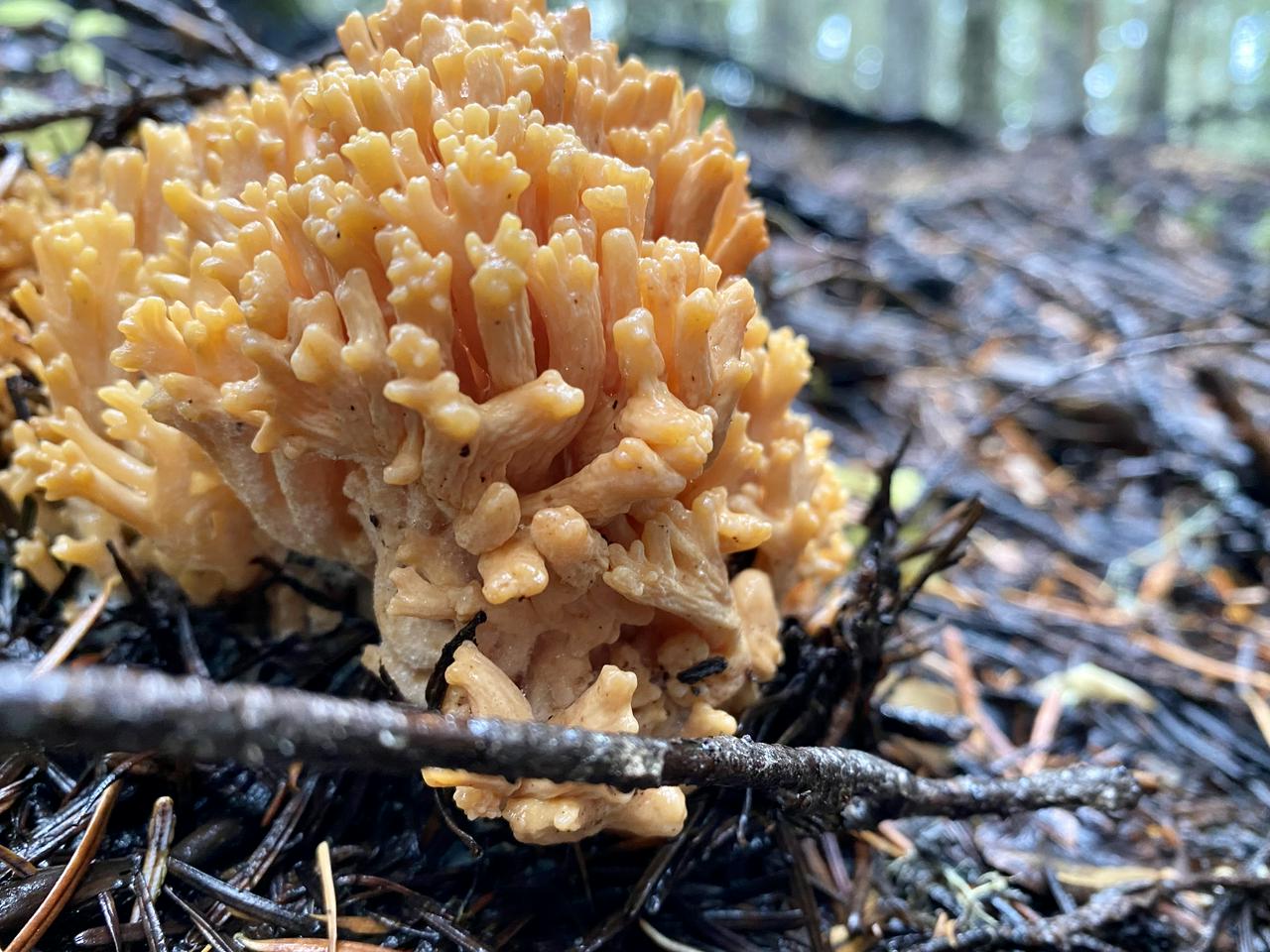 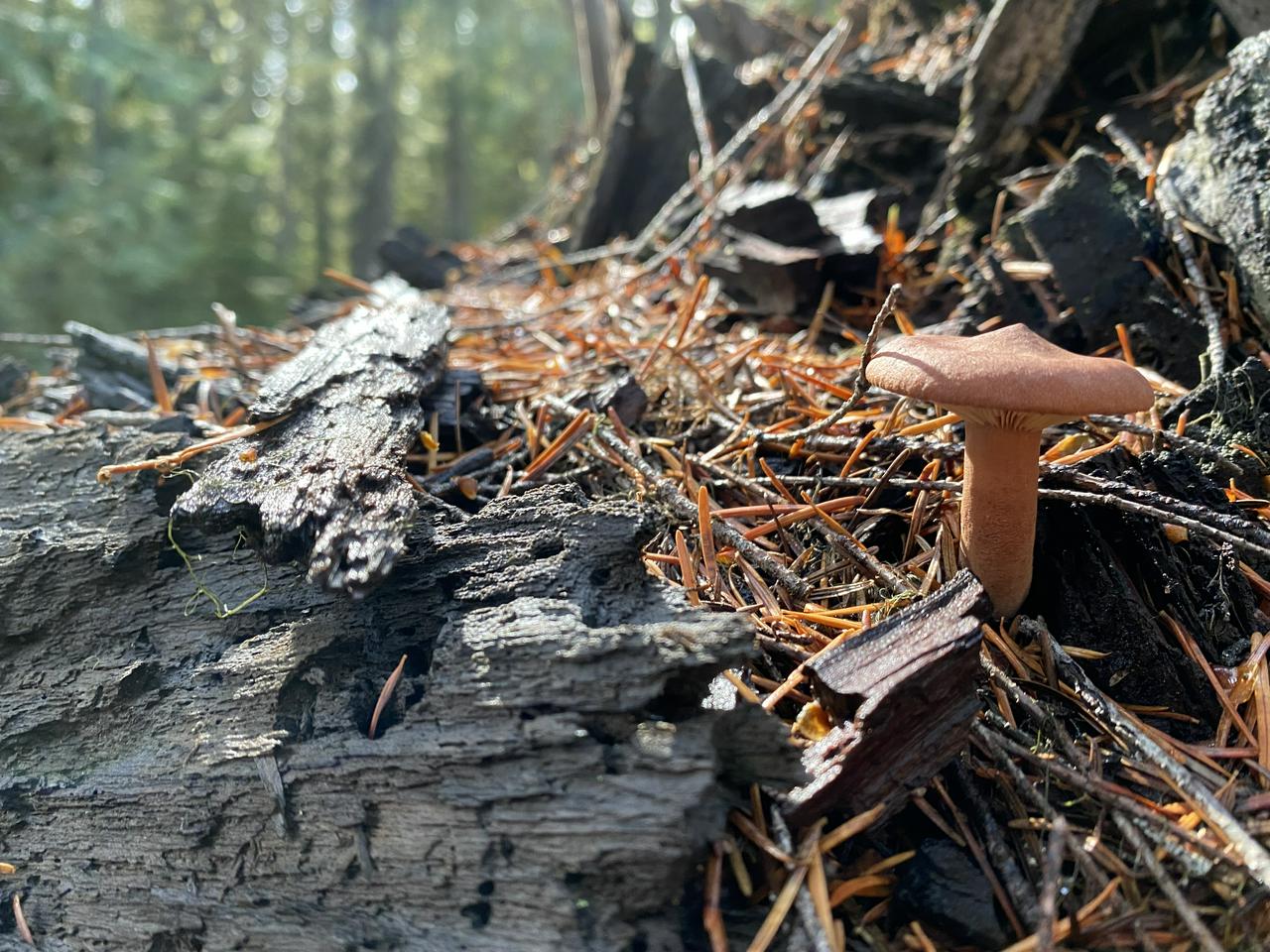 Once we had gathered a small mountain of mushrooms, we regrouped to learn more about common characteristics and identification. The class was led by Krista Cushman, a patient, and enthusiastic teacher, and she walked through how to use all of our senses to identify the types of mushrooms we had found. Properly identifying mushrooms can be extremely difficult, so we focused on the basics: shape, color, smell, feel, and gill orientation. 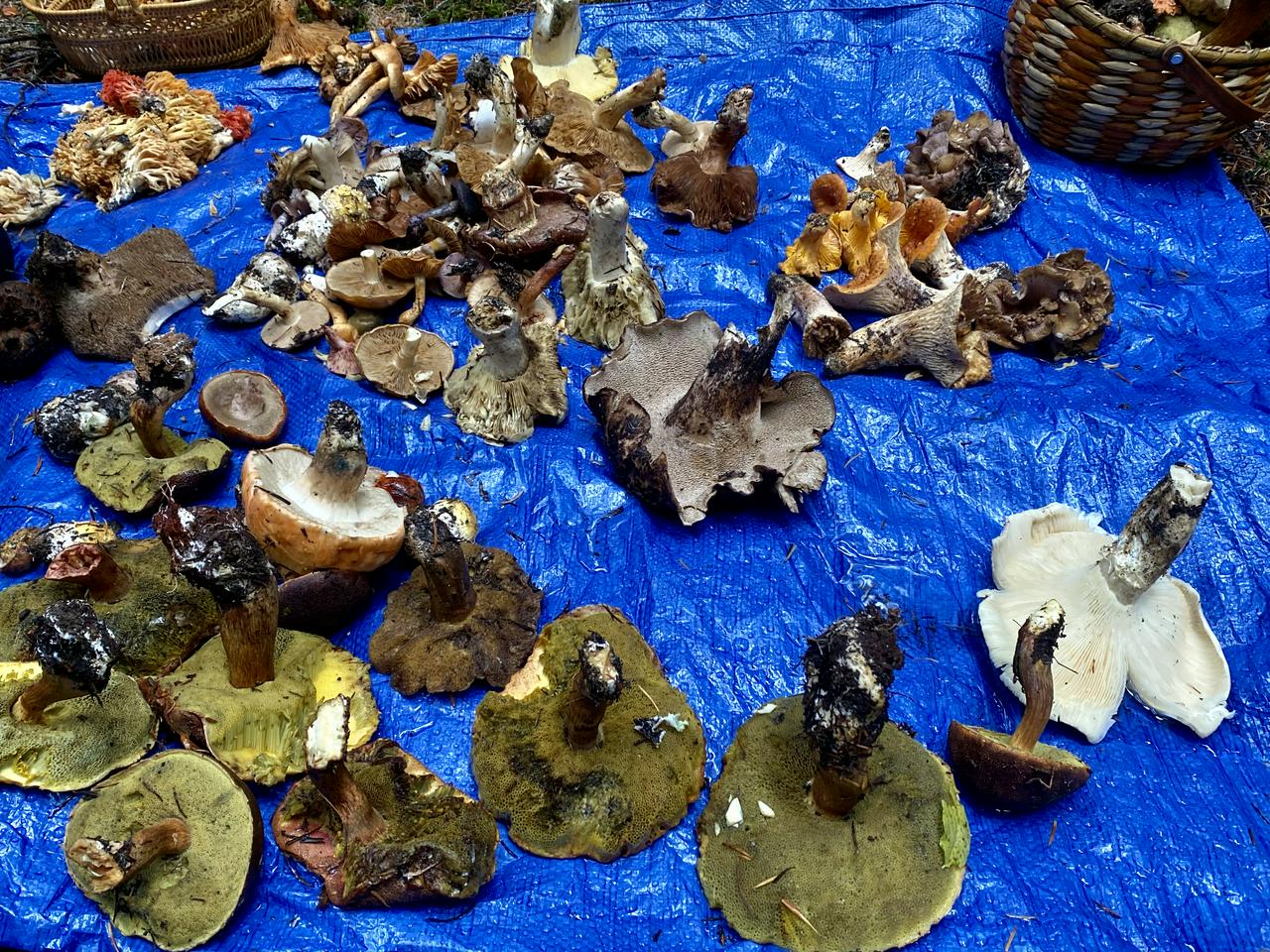 The rest of the day, we explored. We made two more stops where we talked about how to find chanterelles hiding under the soil, mushrooms that “bleed” red or white fluid when broken, and the significance of elevation and temperature on different types of sought-after mushrooms. Along the way, we found and foraged several colonies of white and orange chanterelles, a popular edible mushroom.

For me, fungi are a thing of wonder. Learning about them out there, instead of in a book or on the internet, was a transformative experience. This trip raised more questions than answers for me, and I'm certain that the answers to those questions are still out there in the forest. This is likely the first of many trips for me, and I can't wait to get back out there! 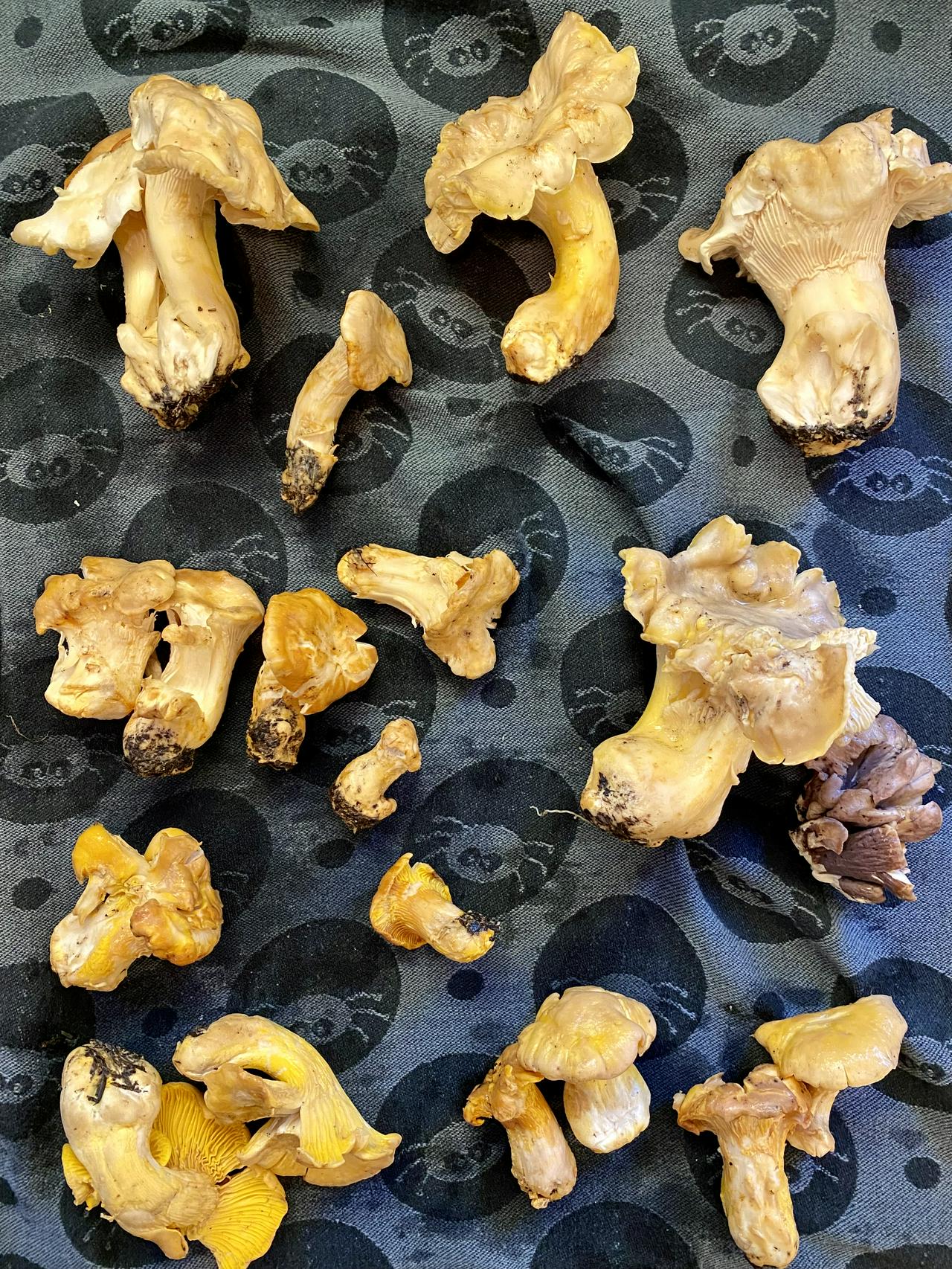